Have you seen the viral baked feta pasta recipe trending on TikTok? It’s everywhere, and it looks delicious. But it’s also packed full of carbs. So if you are looking for a low carb alternative to the baked feta trend, this baked feta rice recipe is for you! 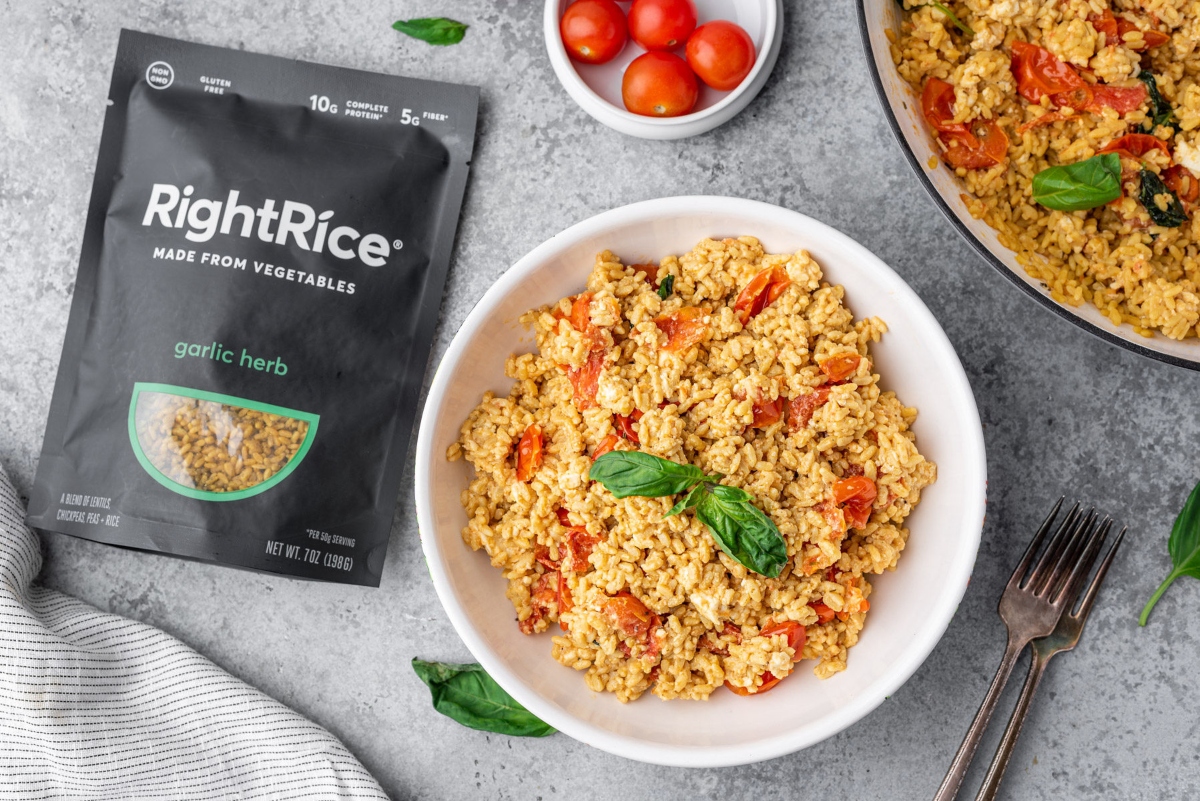 This post has been created in partnership with RightRice. All opinions, as always are my own.

As soon as I saw the TikTok baked feta pasta, I knew I wanted to try it out. But I also knew that I wanted to add my own twist to it to make it a little more nutritious and with fewer carbs and more fiber. Basically, I wanted to make it a recipe worked well for anyone trying to follow a lower carb meal plan or anyone with diabetes managing blood sugar. Which is what led me to creating this delicious (and so easy to make!) lower carb baked feta rice recipe.

(I don’t think we can claim ‘low carb,’ but hoping lower carb works!)

That’s right, my fresh spin on the viral TikTok baked feta pasta trend not only cuts the carbs, but swaps out the pasta for rice. And not just any rice… RightRice! 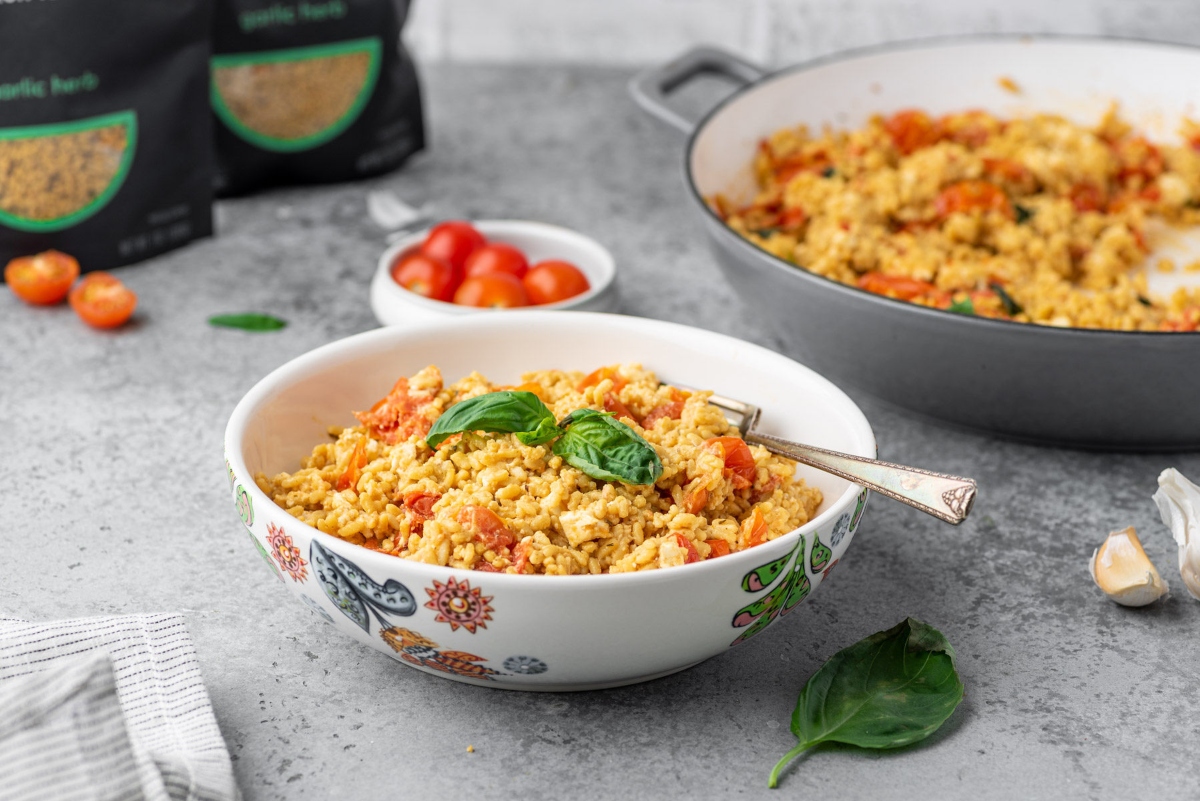 If you haven’t started cooking with RightRice, you will want to start. RightRice looks and tastes just like rice, but since it is made from 90% nutritious vegetables (lentils, chickpeas, and peas) it contains more than double the protein, five times the fiber, and almost 40% less net carbs than white rice. I also love that it cooks up easier (and faster!) than white rice. All you need is a small saucepan to boil water in and you can make it in about 10 minutes… no rice cooker needed.

What’s really great is that it also comes in a variety of already seasoned flavors made with real herbs and spices, like Garlic Herb, which is what I used to make this recipe. Since the seasoning is already included, it cuts down even more on prep work (who doesn’t love that?!) And the seasoned varieties are lower in sodium than traditional flavored rice products, which makes me very happy since you know I am always sharing how important it is to limit sodium, especially if you have diabetes or elevated blood pressure.

Adding RightRice as the base to this lower carb baked feta rice dish not only helps to reduce the carb content of the recipe, but it adds a beneficial source of fiber and vegetables to the dish as well. This recipe contains 24 grams carbs and 4 grams of fiber per serving compared to the original viral TikTok baked feta pasta version which I estimated to contain 55 carbs and 2 fiber in a comparable serving size. A big saving in carbs and calories without sacrificing flavor one bit! 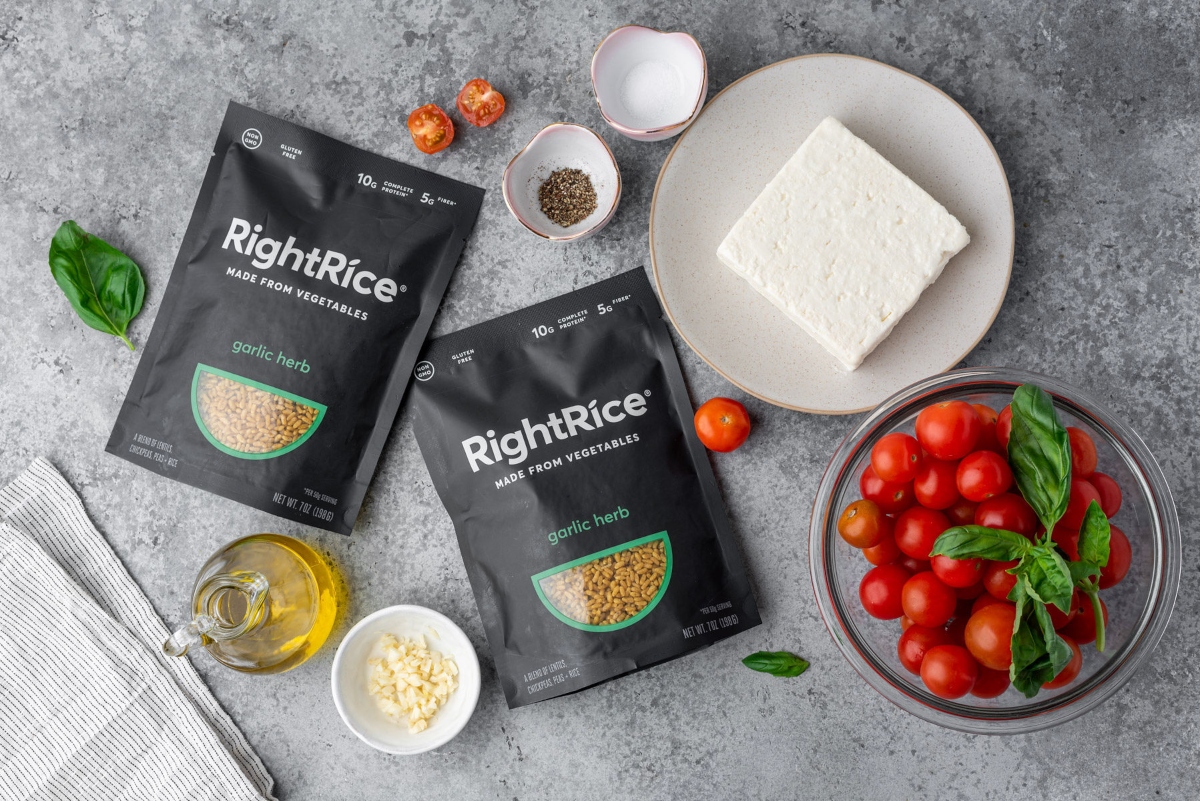 To get started, rinse and dry your cherry tomatoes and then add them to a large baking dish or casserole pan. 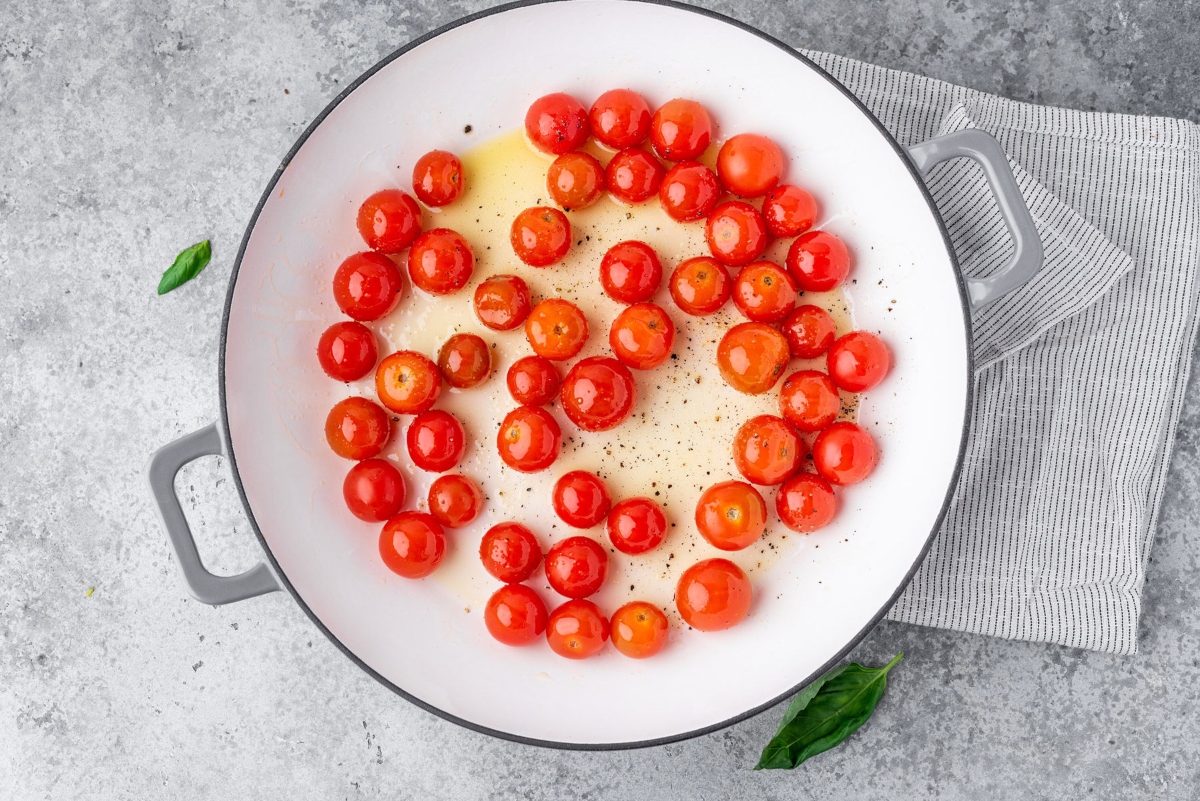 Pour ½ of the olive oil over the tomatoes and then add salt and pepper to taste. Gently toss the tomatoes to evenly coat them. Then create a ‘well’ in the middle of the tomatoes to add in the block of feta cheese. Once added, pour the remaining olive oil on top then bake in the oven at 400 degrees F for about 35 minutes. You will know it’s done when the tomatoes start to burst open and the cheese is melting. 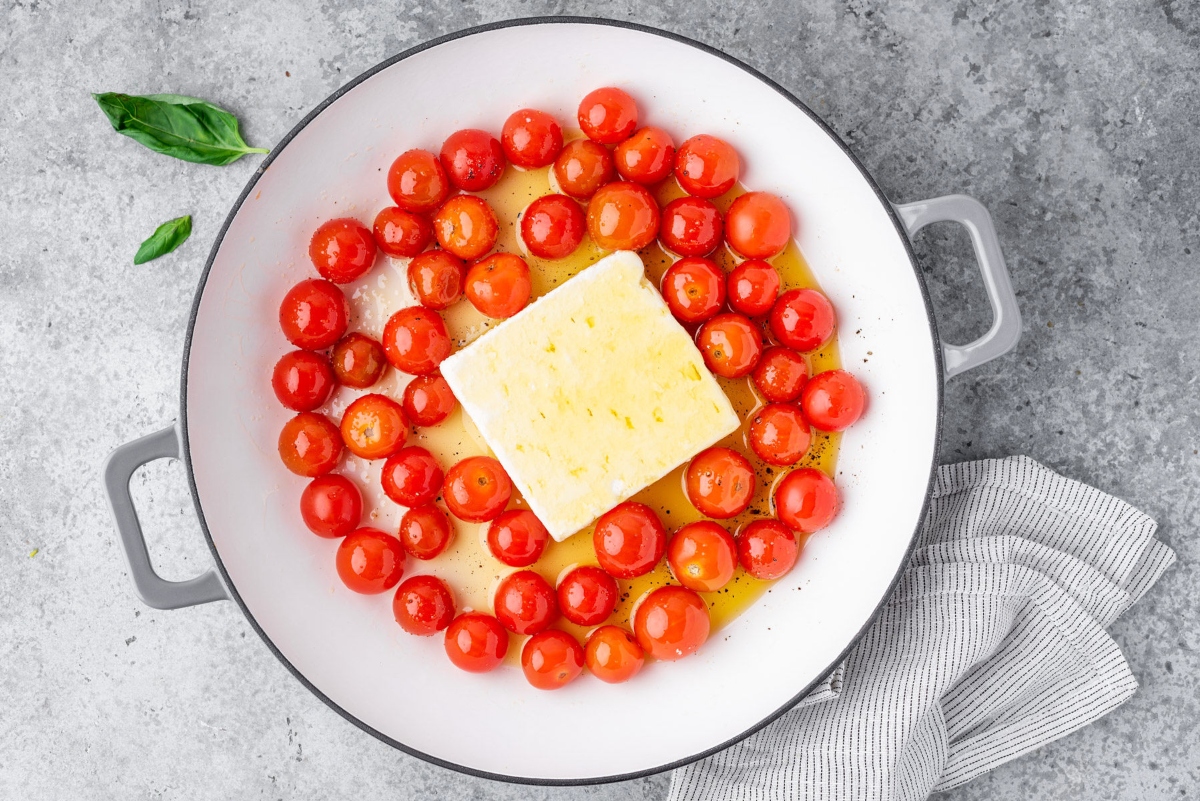 As your tomatoes and feta bake, it’s time to prepare your RightRice. Just bring water to a boil in a saucepan, add in the RightRice, cover, and remove from the heat. Let your RightRice sit for about 12 minutes, then uncover and use a fork to fluff. That’s how easy it is to make! 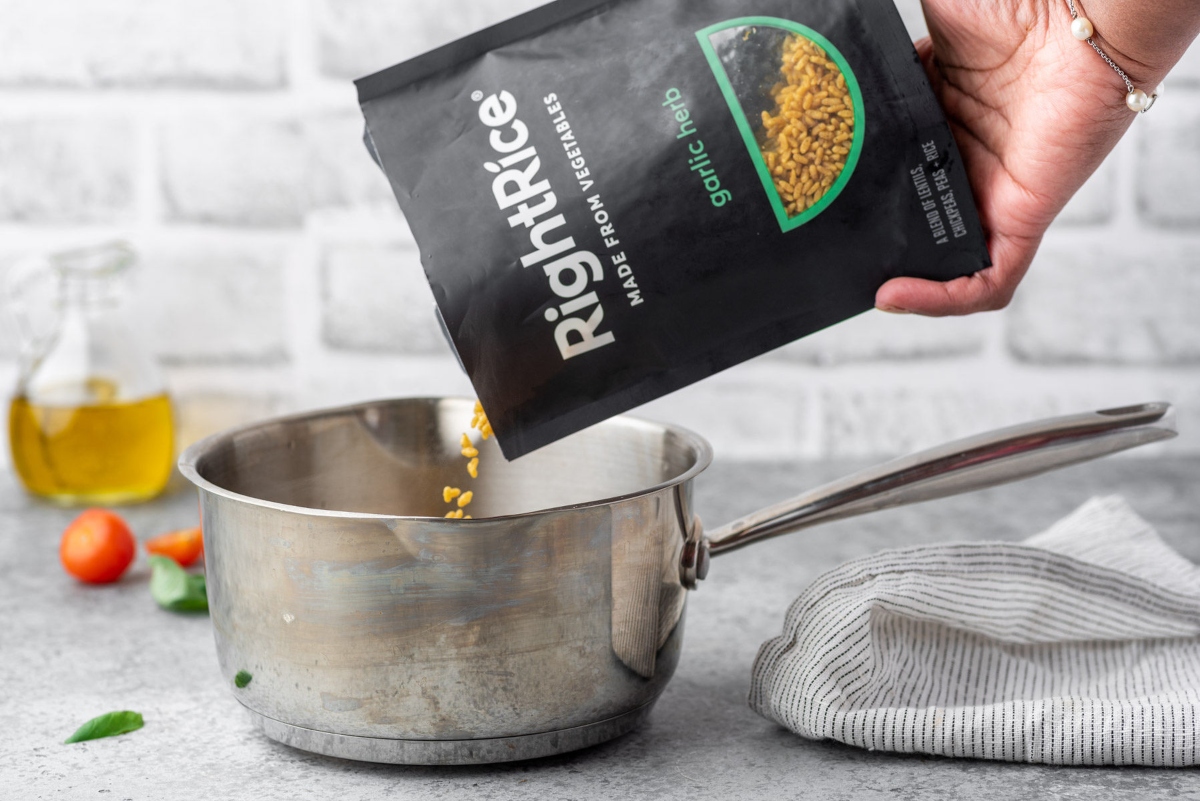 Once your tomatoes and feta are done baking, remove them from the oven. Add in chopped basil and minced garlic along with the RightRice and slowly mix the ingredients together. As the cheese melts, it will create a creamy, delicious sauce that coats the rice and tomatoes. 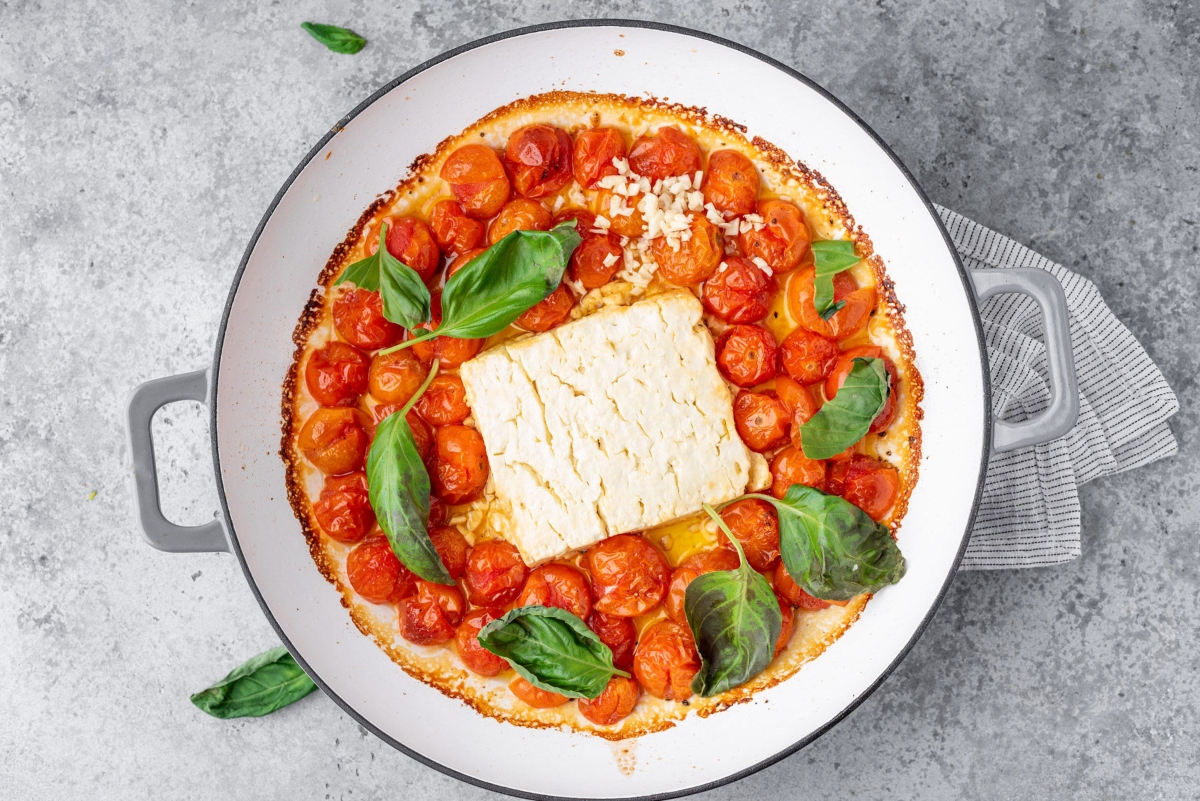 Once fully mixed, your lower carb baked feta rice is ready to enjoy! You can serve it alone or as a side dish with your favorite meal. I have been loving having mine over a bed of fresh spinach- so good! 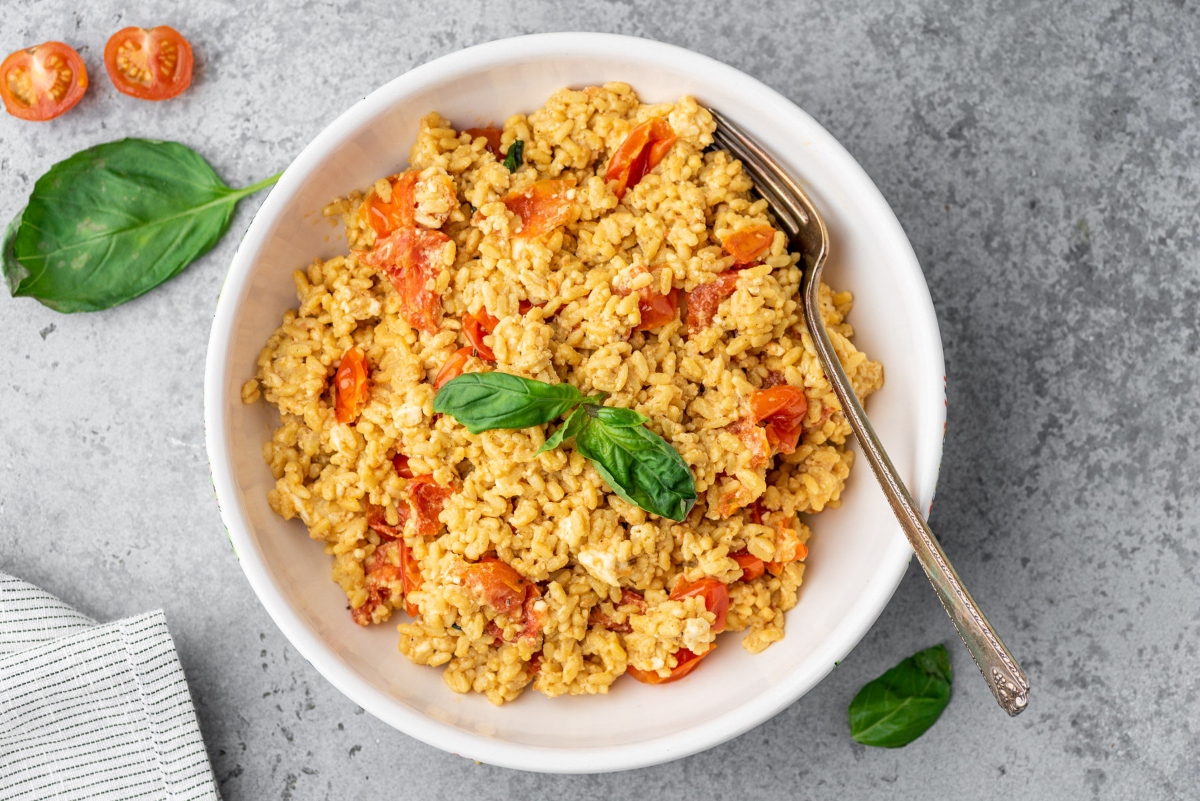 So as you can see, just because you have to watch your carb intake doesn’t mean you can’t dive into the viral TikTok baked feta pasta trend. Thanks to a simple swap with RightRice, you can enjoy all the same great flavor with less of an impact on blood sugar. Plus the additional protein and fiber in the RightRice makes this dish one that will keep you satisfied for hours! 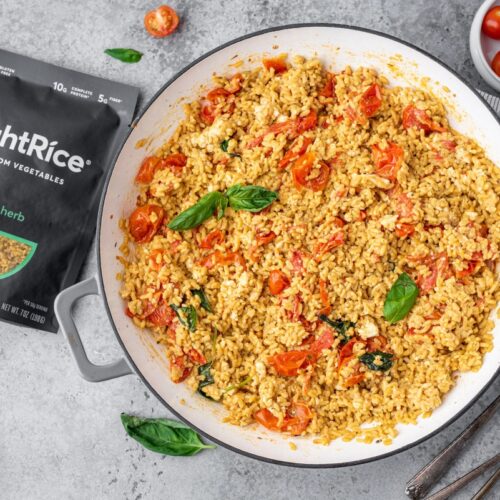 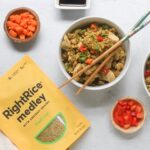 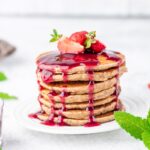 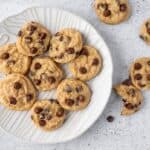 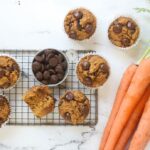 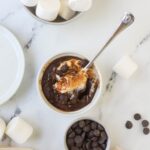