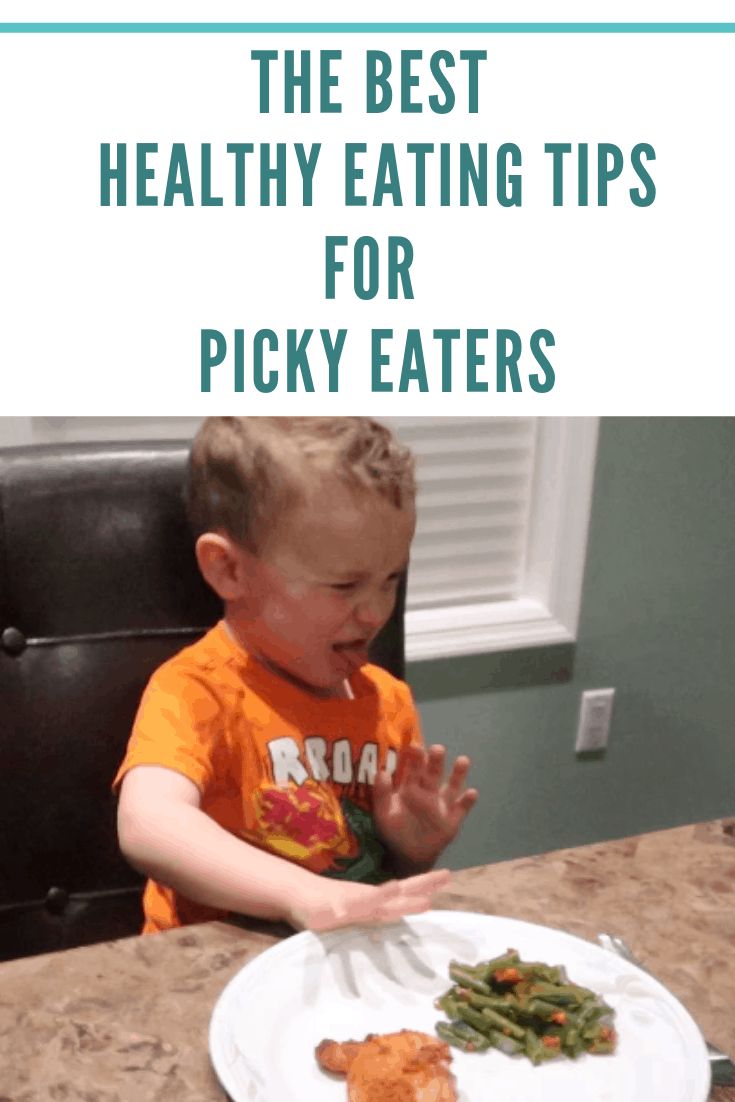 This may sound like a rhetorical question, but do you have children who are picky eaters? As most kids, and even many adults, are picky eaters, perhaps the better question is, how do you deal with them?

When my sons were younger and just beginning to eat solid foods, they were very receptive to new foods. They loved eating everything. But as they transitioned from infants to toddlers, they became more reluctant to try new foods.

As parents, it’s often easier to give in and give up, but this only limits your children’s exposure to new foods and increases the chances that they’ll continue to be picky eaters into adulthood. So, how do you fight that battle and not lose your mind in the process, and make mealtimes as stress-free as possible, for you and them?

I must admit, I was a picky eater when I was a child, and perhaps it’s hereditary. So, I understand what my kids are going through. I’ve come a long way over the years, but I’m still not the most adventurous eater. And sometimes I get into the habit of – if I don’t like it, I don’t make it.

It’s important to remember, that as a parent, it’s not your fault if you have children who are picky eaters. It’s natural, and most children go through it. And children can be picky eaters in very different ways.

My oldest son will try almost anything, as long as it’s a fruit, and to a lesser extent, a vegetable. But when I try to introduce new sources of protein to him, that’s when things get challenging. He has his two or three favorite sources of protein, and he has no interest in trying others.

My youngest son, however, is the exact opposite. He has no problem trying new types of protein but introducing new fruit or vegetables to him feels like a game that can’t be won. Keep in mind that I raised both of them the same way and did nothing different. And as you can imagine, this can make meal planning a bit nightmarish.

Strategies for How to Handle Picky Eaters

Each child and each person has different taste receptors and their own unique personalities. Therefore, your main goal should be to remove as much stress as possible from meal time and create an environment where they’re more willing to try new foods. And of course, to provide as well-balanced and nutritious meals as you can.

Don’t stress or worry about each individual day. Children may not eat much one day and eat a ton the next. So, look at the whole week when gauging their nutritional intake. Did they get the nutrients they needed for that week? Did they meet their goals or fall short? Get a sense of their average food intake, rather than the day-to-day. This will help eliminate some of the stress.

Many of you were probably raised on bribes and punishment. No dessert until your plate is cleaned. If you eat everything on your plate, you can have some ice cream. If you don’t, (insert punishment here). But this only makes the situation worse.

We now know that this doesn’t work.

As an adult, think about how you would react if someone said these things to you. What message would that send to you? You’d likely think, wow, there must be something really wrong with this food if you’re trying to bribe or punish me.

When you have to bribe your children or punish them as a means to trying new foods, you’re telling them that they probably won’t like it. When what you really want is to make trying new foods a non-issue. You each have your role to play in this.

Your child’s role is to decide how much they want to eat, if any of it. And I’ll get to some strategies for that in a minute. But first …

Put Yourself in Their Shoes

Imagine one food that you cannot stand. For me, it’s clams. I’m repelled by everything having to do with clams, and just typing the word makes me gag a little.

If I was sitting at a table with a big plate of clams in front of me – just clams – and someone was telling me, you must eat all your clams, I’d be more than a little put-off. And furthermore, what if that person is telling me I’ll be punished if I don’t? Yikes! Think about the stress that creates.

Meal time should never create stress or apprehension. Your children should never feel hesitant about sitting down to a meal. So, as an adult, just consider how you would feel if roles were reversed … if you were stuck in front of a plate full of clams with no chance of escape.

Now imagine that same food that you still don’t like, only this time it’s sitting next to a bunch of foods you do really like. For me, my plate is now filled with broccoli, brown rice, some fruit, and just a small amount of clams.

I’m not overwhelmed any more. Don’t get me wrong, I’m still not happy about those clams being there, but at least there are other foods on my plate that I enjoy. Maybe I’ll work up the nerve to try a clam (which I never actually have done), or maybe I’ll just push them around my plate a little in an effort to make it look like I’ve considered trying them. Either way, it’s my decision, and I still enjoy the rest of my meal.

Your kids are going to feel the same way.

There’s no stress in the second scenario. No arguing, no yelling or pouting. You expose them to the new food, but ultimately they decide if they want to try it. And you do it in a way that’s less intimidating – a small portion and surrounded by other foods you know they like.

It’s also important to manage your expectations. Acceptance of a new food may not be what you want. It may not be enjoyment. It could simply be picking up a piece of broccoli, sniffing it, licking it, and setting it back down. But that counts. That’s progress.

It may take months for that to happen. You might have to expose your kids to a new food 20 or 30 times before they even pick it up, sniff it, and lick it. But progress is all we’re after.

It’s important to note that exposure to new foods should be appropriately spread out, not 30 straight meals with clams. (Oh no, there’s that gag reflex again.) Exposure can also mean having a certain food on the table but not on your child’s plate. Progress is moving that food from the table, to their plate, and hopefully beyond.

Exposure can also include food prep. Get your children involved in the process of preparing meals at home. It’s a great way to get them more comfortable around certain foods. And becoming more comfortable is half the battle.

Introduce New Foods One at a Time

You also don’t want to introduce more than one new food to your children at a time. If you were to put three new foods onto your children’s plates, your chances of them accepting any of them will go down. As a rule of thumb, aim for one new food per meal at most.

Remember that you don’t want to stress out your children or overwhelm them. Again, using a bit of empathy, imagine how you’d feel with a plate full of new foods that you weren’t really sure about.

Food-chaining is a great strategy for slowly gaining acceptance and it builds upon past successful food experiences. It also uses the concept of baby-steps to make positive change, and creating links to better, more nutritious food options. Here’s how it works:

Let’s say your kids love chicken nuggets at their favorite fast food restaurant. But you want to transition them into eating grilled chicken instead. Making that leap is going to be a tough sell, so you begin the chaining process with baked chicken nuggets at home, thereby at least avoiding the trans fats.

Once you’ve introduced baked chicken nuggets successfully, perhaps you try making your own chicken nuggets with better ingredients and the taste is only slightly different. And then from there you introduce grilled chicken, or maybe even grilled fish.

You move your kids slowing up the chain, getting more and more nutritious as you go. This limits their food anxieties and introduces new foods to them without their realizing it.

This is the best tip I can give you. Meal times are meant to be enjoyable for all and certainly low-stress. Remember your role – you decide what, where, and when and your children are responsible for eating the food you put in front of them.

Don’t reward. Don’t punish. And don’t even praise them when they try new foods. Stay neutral. Develop the mindset that all food is equal and let them decide for themselves. And remember, it’s a journey, and often not a perfect one. Stay focused on slow and steady progress, and you’ll get to a point where you’re expanding your children’s food preferences and increasing their nutritional intake.

What strategies do you use to introduce new foods to your picky eaters? Are they different from what your parents tried? Let me know in the comment section below. And don’t forget to check out my podcast on How to Combat Picky Eating Without Losing Your Mind and my short video on 3 Tips to End Picky Eating Battles.